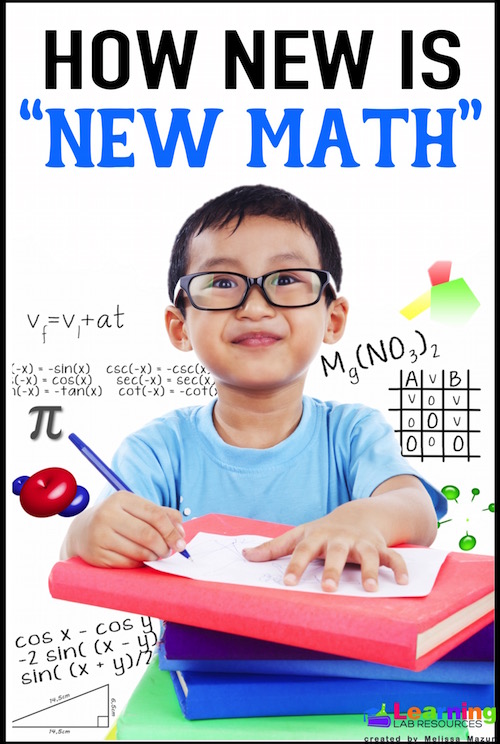 New Math.  Parents hate it.  They don’t get it.  It’s not the way they were taught and they can’t understand why learning so many strategies and taking more steps to solve 52-18 actually helps their child.

They say the Common Core standards are too difficult, not age appropriate, and focus on unrealistic math strategies.  I’ve heard it all through targeted spam on my blog and Facebook fan page by people who oppose Common Core.
A couple of weeks ago, I received this typical message on my Facebook fan page. “NO COMMON CORE!!!!!!!!!!” My usual response to these antagonistic and meritless comments is to ignore, delete, and forget.  However, this time I decided to write a thoughtful response with the goal of investigating this individual’s opposition to the Common Core.

She responded with concern about federal control of education and “new math,” which created a perfect opportunity for me to educate this individual. We exchanged several respectful comments back and forth about her concerns and my perspective as an elementary teacher using Common Core every day.
Her concerns about “new math” prompted me to reflect on what is really that new about Common Core practices. I had just moved into a new house with my husband and happened to have access to childhood boxes that had been in storage at my mother’s house for years. She happened to have stored my old 3rd grade math journals, particularly exciting to me since I have taught 3rd grade for the past 5 years.
Surely, if I compared my 1993 math journals to what I taught last year, there should be vast differences in the curriculum because of the Common Core Standards, right? However, as I flipped through the pages I found that many assignments remained similar – if not identical. 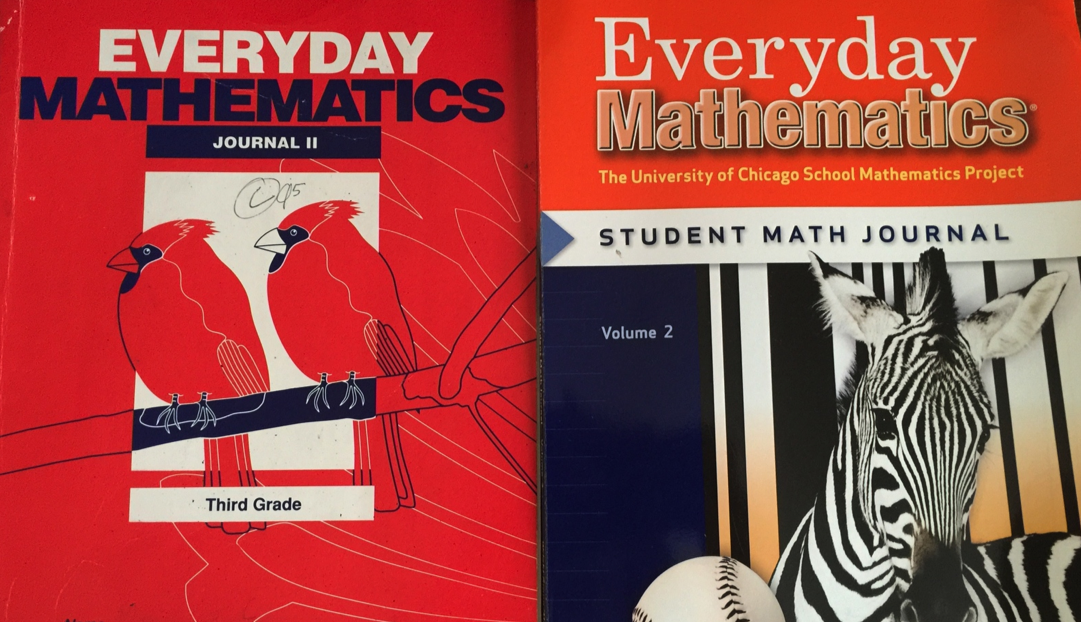 This is the same probability lesson I teach every year. In my classroom, I have students color in the blocks on their page to help them visualize what the questions are asking.  We also underline key words such as “sure,” “more likely,” and “3 times as often.” Oftentimes, word problems tend to confuse students with too much information.  By underlining the key words, students can focus in on what is significant. 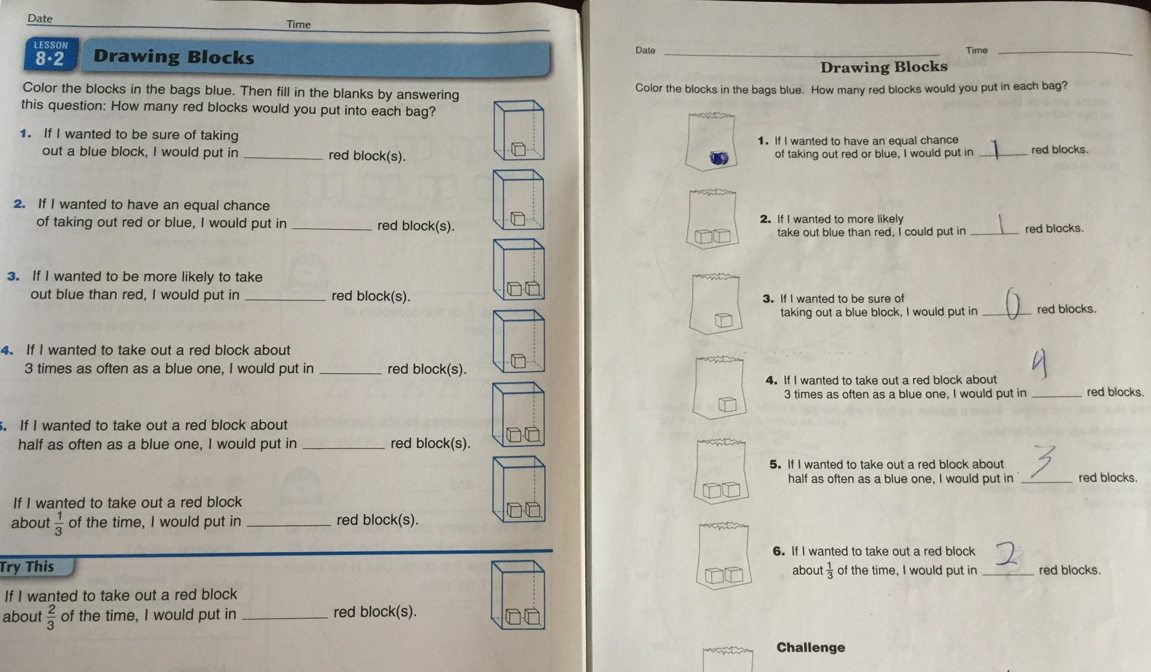 Another example is “Scoring 10 Basketball Points.” I will be the first to admit, this is really difficult for students. Parentheses confuse students at first, but they tend to pick it up quickly.  This assignment requires students to dig deeper into parentheses and find multiple ways a basketball team could score to get 10 points. 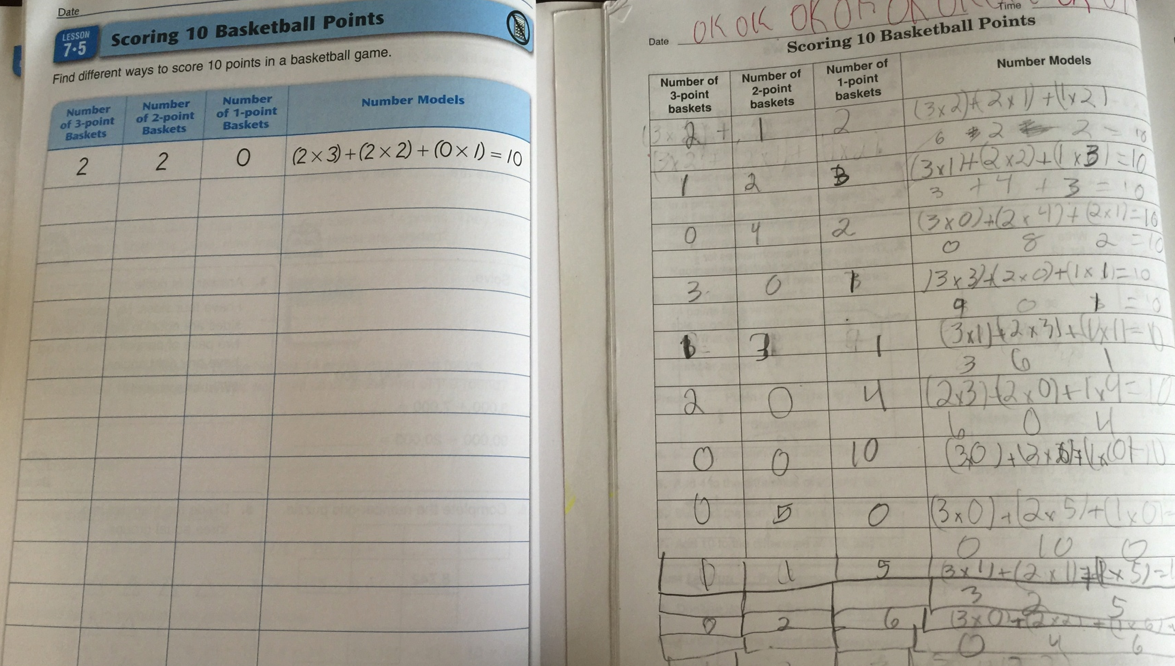 Here’s another identical assignment (except for the animal illustrations) that helps students learn to estimate weights of animals.  For example, one question on their student page could be, “Which animal(s) weighs about 3 times as much as an Atlantic Green Turtle.”  Students use mental math to find an animal that has a weight similar to their calculation. The Common Core standards encourage students to use mental math.  For example, the third grade Operations and Algebraic Thinking standard 3.OA.D.8 states that children should be able to “Solve two-step word problems using the four operations. Represent these problems using equations with a letter standing for the unknown quantity. Assess the reasonableness of answers using mental computation and estimation strategies including rounding.”   I think most people can agree with the fact that most adults do math mentally, whether it is estimating the cost of a shirt with tax, or figuring out about how much it’ll take to fill up your car with gas.  Young children, many times, rely too much on computing math problems with pencil and paper, or with the help of manipulatives.  Encouraging students to use mental math strategies, in a way that makes sense to them, helps them understand the relationships in the numbers that they are working with. 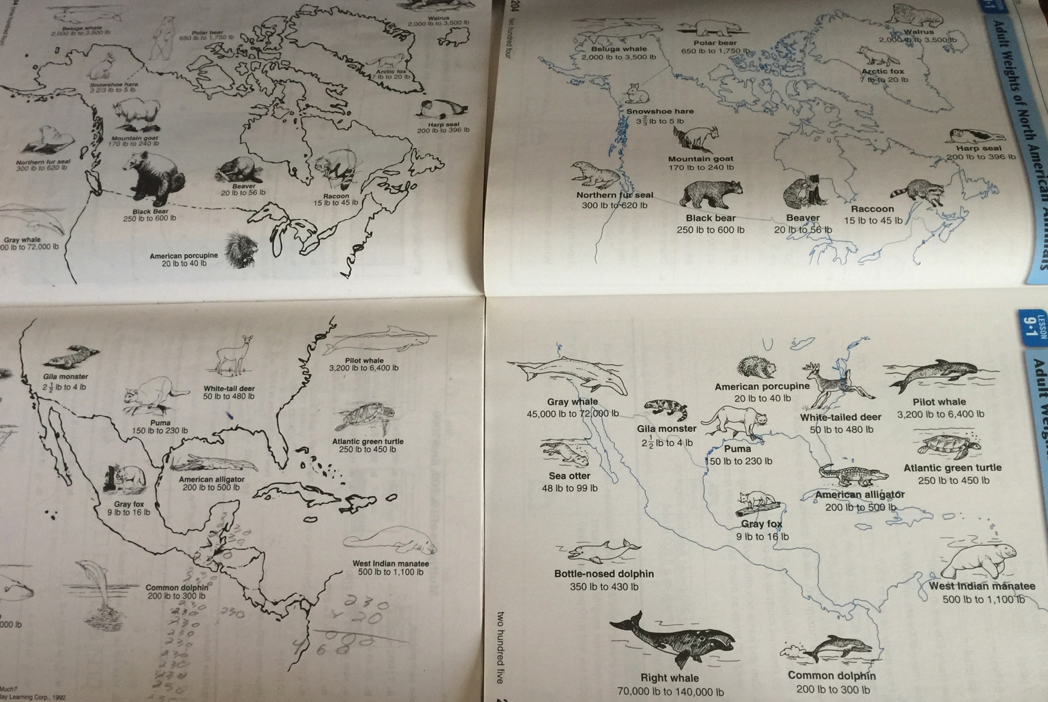 My most significant finding was in regards to the supposedly “new” expectation for students to use multiple strategies to solve math problems. On Curriculum Nights, parents are always concerned about students being “forced” to learn “crazy math” strategies. I always tell them I learned the same optional strategies when I was in elementary school and here’s the proof. I was apparently so confident that I decided solving these problems in pen was a good choice.  Yes folks….1993.  It hasn’t changed a bit.  So is “New Math” really all that new?

Nope!  If you look at the bottom of my old math journal, there is a note about the history of lattice multiplication. “New Math” really isn’t new math.  It’s actually REALLY REALLY OLD MATH. Moreover, this illustrates nicely that the Common Core standards didn’t create these methods, since they were obviously being taught in the United States decades ago.  If you’re not fond with a particular math strategy, that’s perfectly fine, but don’t blame the Common Core. 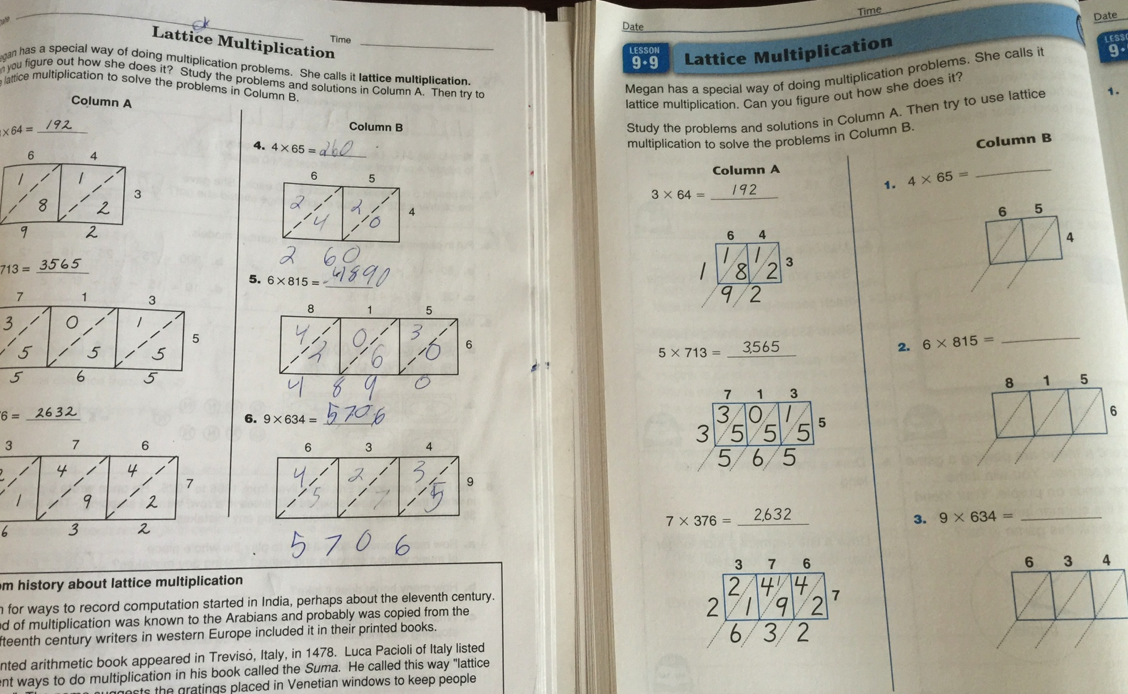 Finally, for those still worried that Common Core requires students to use only use specific methods to solve math problems, I want to reiterate that this is not true. Students are still learning the traditional algorithms and formulas as some of the strategies students can choose to solve problems, demonstrated by the assignment below from the Common Core-aligned math journal. It lists various multiplication problems, but the directions state that the students can choose any algorithm they would like to solve them. Having multiple strategies at their disposal helps students choose which works best in various situations, or what makes them most successful in solving problem. 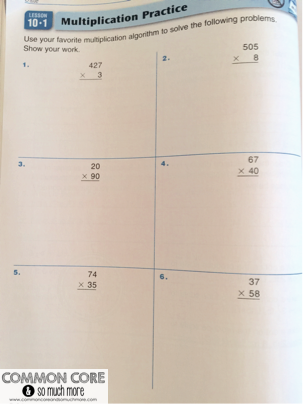 I used these pictures in my conversation with the individual who sent me the oppositional message to help her see that this “new math” isn’t really all that new.
Her final post to me included, “Ya know you really sound like someone who wants what is best for the children and that is all I want…I hope in the long term it can somehow lead to something better for any and all involved.  I am glad there are educators in our system like yourself. Just these messages we have shared makes me to know you care…I really appreciate you for actually taking the time…My impression of you is “awesome”…if you ever need to bend an ear about anything…I am here for you.”

I actually couldn’t believe it.  Maybe taking a few minutes to interact with this person helped change one individual’s perspective.  If we all take a minute to educate just one person on what Common Core actually is, would those against Common Core really still despise it?


To read my post, along with others written by teachers in support of Common Core, you can visit http://www.educatorsforhighstandards.org
Post Views: 9,290 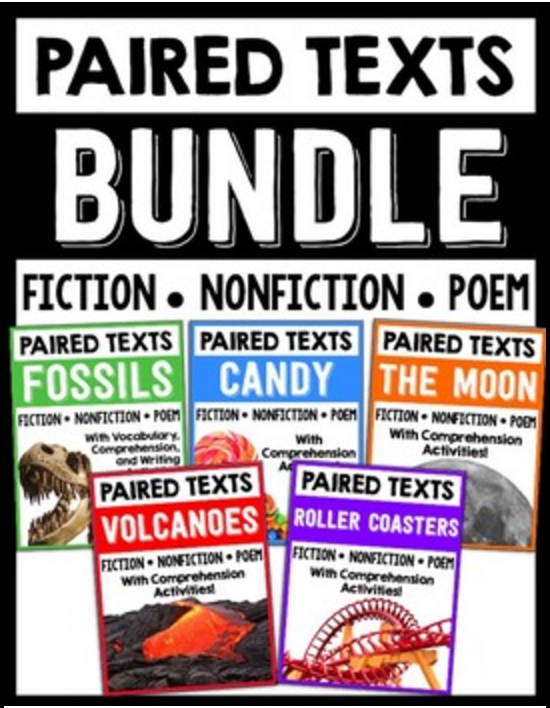 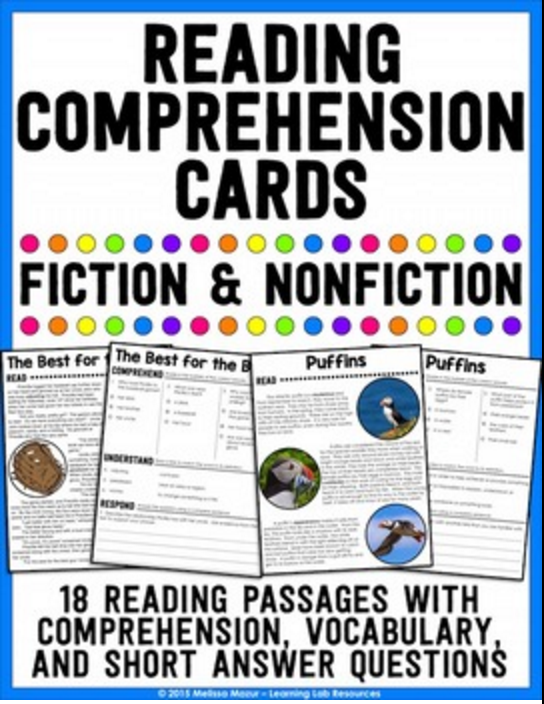 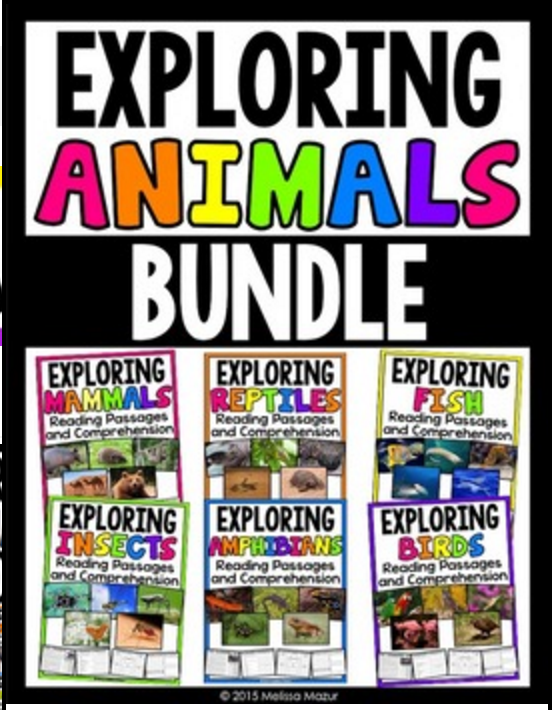 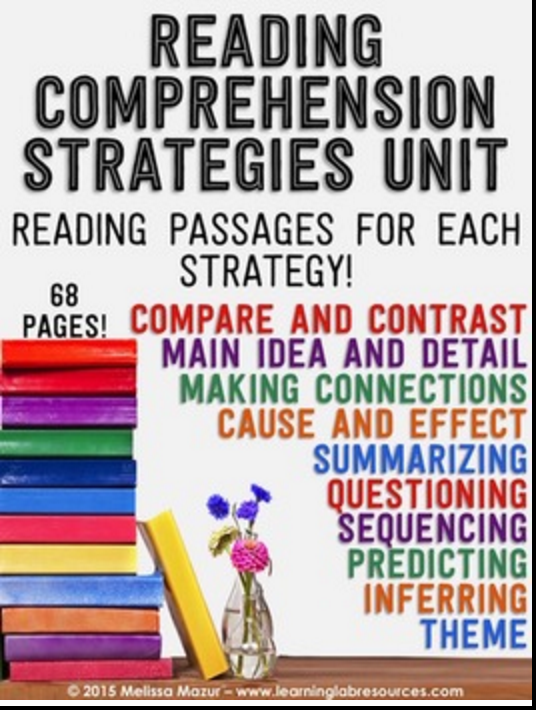 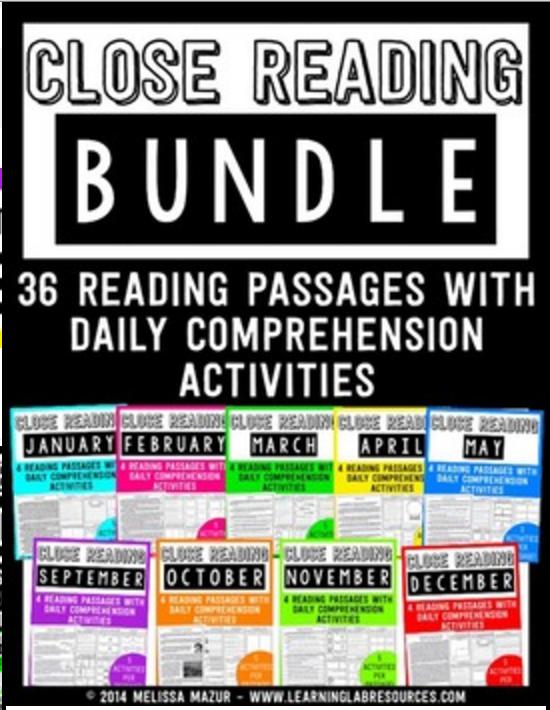 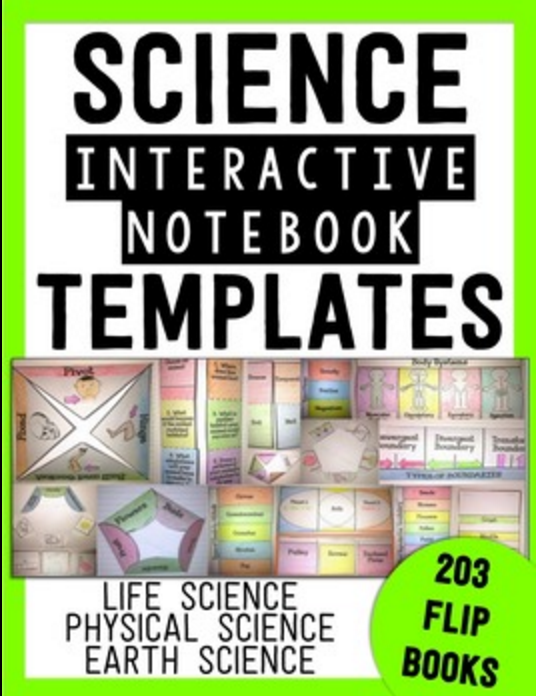 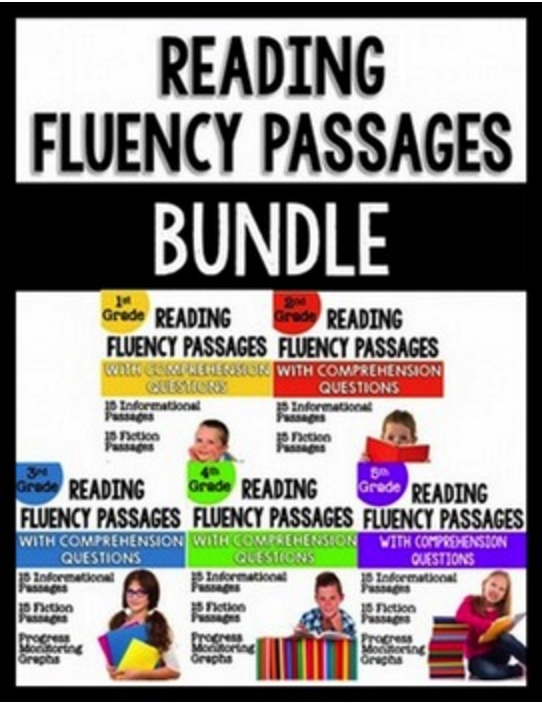 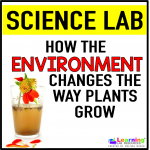 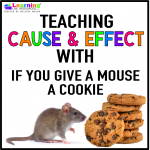 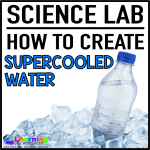 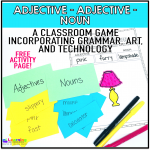 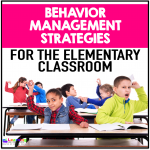